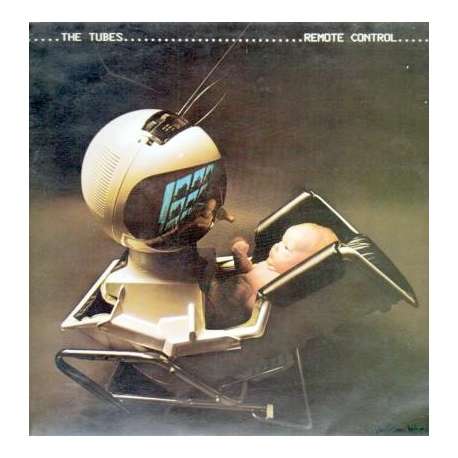 Remote Control is the fifth album released by The Tubes. This was their first to be produced by the studio "wizard"Todd Rundgren (the other being 1985's Love Bomb). It is a concept album about a television-addicted idiot savantbased on the book Being There by Jerzy Kosinski.

Although Rolling Stone panned the album upon its release in 1979, calling it "drearily obvious" and "stale", two years later the same magazine loved it, limiting its praise of the subsequent album, The Completion Backward Principle, by saying, good as it was, "topping Remote Control will be difficult." Allmusic gives it four stars. Crawdaddy called it "a pop/rock masterpiece."

The track Prime Time made #34 in the UK singles chart.

The cover of Remote Control depicts a baby watching The Hollywood Squares in a specially made "Vidi-Trainer". The back cover is a close-up photo of the show's game board with eight members of the Tubes each sitting in different squares. The lower right corner square remained unoccupied with the band's name on the front. (Three members of the band- Waybill, Spooner and Steen- later appeared as panelists on the actual game show in the late 70s.)